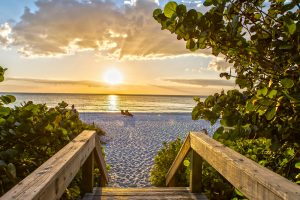 The results are in.

NAPELS IS THE #1 BEACH TOWN TO LIVE IN!

That’s according to a study by WalletHub, a personal-finance website.

To determine the most livable beachside communities for 2019, WalletHub compared 192 cities across 62 key metrics for “livability.”

The study was divided into two categories, lake beach towns and ocean beach towns (Naples fell into the second category, though it’s bordered by the Gulf of Mexico, not an ocean).

The data used for the study included everything from housing costs to water quality.

In order to determine the best beach towns in America, WalletHub compared cities based on metrics that fell into six categories: affordability, safety, weather, economy, education and health, and quality of life.

Each metric was graded on a 100-point scale, with a score of 100 representing the most favorable conditions for beach-town living.

A city’s total score was based on the weighted average across all metrics.

Lahaina, Hawaii ranked second with a score of 62.81.

Here’s how Naples ranked on some of the metrics, with a 1 equating to best and a 73 representing average: