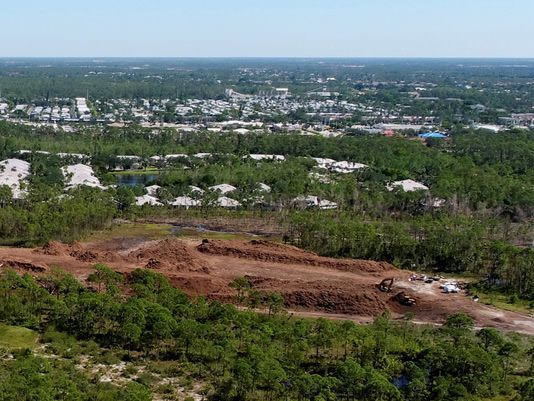 In times of emergency, it’s important for a community to pull together and for neighbors to help each other in an effort to make everyone’s life a little easier, and to get life returned to normal a little faster.

Developer of Kalea Bay, An
hony Soave, believes in that philosophy. As the owner of Soave Real Estate Group and the developer of projects such as Moraya Bay, The Dunes and Regatta, Soave didn’t hesitate to assist Collier County in its time of need following Hurricane Irma.

“Right after Irma, we offered our assistance to the North Naples Fire Department to use our heavy equipment and manpower to clear roadways and provide necessary access to our first responders. In addition, we wanted to help those employees that were part of the construction industry, so we, along with other builders and developers, made significant donations to the Collier Building Industry Association,” explained Tony Soave.

To expedite clean-up efforts in North Naples, Collier County reached out to Soave on behalf of FEMA, requesting an unloading site for all the landscape debris.

“Kalea Bay, our resort-lifestyle high-rise community, is currently being developed on the west side of Vanderbilt Drive, two-tenths of a mile north of Wiggins Pass Road,” said Richard Corace, COO of Kalea Bay Development. “We also happen to own the 175-acre tract of vacant land on the east side of Vanderbilt Drive, directly across from Kalea Bay.”

It’s this site that was the ideal solution, and without hesitation,
as made available immediately to the county.

“It’s estimated Hurricane Irma, which struck Southwest Florida on Sunday, Sept. 10, left behind between four to five million cubic yards of debris. Local officials believe it could take as long as six months before all debris is removed from Naples’ many neighborhoods.

If opening the gates to the vacant property and allowing it to be used as a drop-off site for debris speeds up the clean-up effort in the Collier County area, then that’s what we were going to do,” said Corace. “We’re part of this great community. And anything we could do to improve the lives of our neighbors and future residents and to get the county back to pre-storm condition was going to be done without hesitation.